Masdar and Bee’ah have received further recognition for their work on the Sharjah Waste-to-Energy Facility, picking up another award this week at the prestigious IJGlobal Awards ceremony in Dubai.

Managed by Emirates Waste to Energy Company (EWEC), a joint venture between the two companies, the project won the IJGlobal MENA waste deal of the year.

The IJGlobal Awards celebrate the best-in-class transactions to have closed over the past calendar year, across the international infrastructure and energy sectors, while recognising the organisations that play central roles in these deals.

The honour follows the project’s recent Clean Energy Deal of the Year Award, for the Middle East and Africa region, at the Project Finance International Awards 2018 – widely regarded as the most prestigious in global capital markets.

Operating at full capacity, it will contribute significantly to reaching the UAE’s target of diverting 75 per cent of its solid waste from landfills by 2021, as well as Sharjah’s zero-waste-to-landfill goal.

Last year, the financing of the project was also recognised as the Structured Loan Deal of the Year at the Bonds, Loans & Sukuk Middle East Awards. 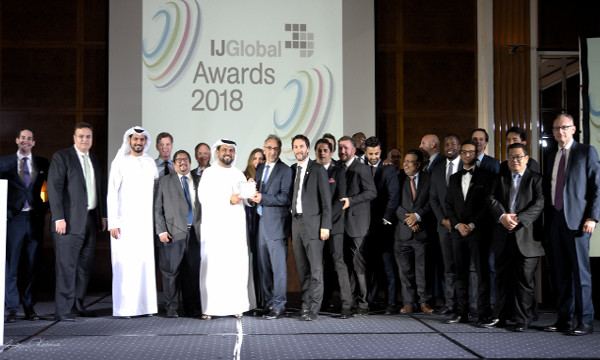