The owners of the Dudgeon wind farm, Equinor, Masdar and China Resources Group have announced the signing of a hybrid refinancing that includes approximately GBP561 million of commercial bank debt and GBP706 million of senior secured notes privately placed with institutional investors, finally maturing in 2032. Both tranches have been oversubscribed, underpinning strong investor interest. The A- (EXP) rating by Fitch reflects efficient operations and robust asset performance.

Abu Dhabi, UAE, December 13, 2018: The shareholders of the 402-megawatt (MW) Dudgeon offshore wind farm in the United Kingdom, one of the world’s largest offshore wind projects, have announced the signing and pricing of privately placed notes for the refinancing of the project’s existing non-recourse project debt, with financial close expected next week. The original financing for Dudgeon was successfully closed in May 2016.

Both tranches were oversubscribed, reflecting strong credit features and investor interest. The commercial tranche will be fixed upon the financial close of the transaction and execution of interest rate hedging.

“Dudgeon is a unique project with strong operational performance,” said Beate Myking, Chair and Director of Dudgeon Offshore Wind Limited. “The excellent collaboration with our partners and advisors has enabled the successful refinancing. The A- (EXP) credit rating and investors’ keen interest further underpins the market confidence in Dudgeon and is strong evidence of Equinor’s competence and capacity to successfully develop and operate offshore windfarms.”

The 402MW Dudgeon Offshore Wind Farm is located 32 kilometres off the Norfolk coast in England. It produces 1.7 terawatt-hours (TWh) of electricity annually, the combined output of 67 wind turbines, sufficient to power an estimated 410,000 UK homes and displace 893,000 tonnes of carbon dioxide.

“Our congratulations to all the parties involved in the successful refinancing of this iconic wind energy asset,” said Mohamed Jameel Al Ramahi, the Chief Executive Officer of Masdar. “This reconfirms the strong bankability of Dudgeon and further reflects the market appetite for large-scale assets which have a robust credit profile, transparent economics and are subject to stable regulatory environments. It also demonstrates our own commitment at Masdar to the United Kingdom’s renewable energy sector. The combined capacity of the UK wind energy projects in which we are partner today exceeds 1 gigawatts, enough clean energy to supply nearly 1 million homes.”

Dr Yuning Fu, Chairman of China Resources Group, also congratulated all parties involved and thanked the support of investors. He commented that this landmark project is symbolic of the Group’s interest in and commitment to offshore windfarms, and its long-term strategy in the renewable energy sector and sustainable corporate development. 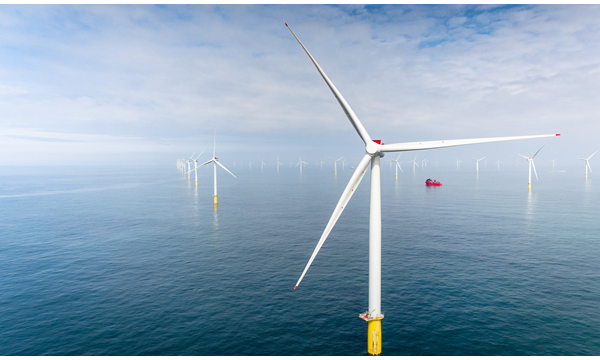