Belgrade, Serbia; September 4, 2018 - A collaboration between Masdar, Taaleri Energia and the German development finance institution DEG to develop the largest utility-scale commercial wind project in Serbia has successfully reached a number of key milestones, and is on schedule to start production early next year.

Čibuk 1 in Dolovo, situated 50km outside the capital Belgrade, has completed the construction of 33 overhead pylons allowing for the energisation of the wind farm’s substation, its connection to existing transmission lines 11km away, and the handover of the transmission operation building to its operator.

Comprising 57 wind turbines supplied by GE Renewable Energy, the 158-megawatt (MW) wind farm is expected to provide electricity to 113,000 homes and displace more than 370,000 tonnes of carbon dioxide per year. To date, 52 of the wind turbines have been fully assembled.

Vetroelektrane Balkana (WEBG), the project company behind Čibuk 1, is wholly owned by Tesla Wind, a joint venture between Masdar (60%), Taaleri Energia (30%), and DEG (10%).

Ahmed Al Awadi, General Manager, Tesla Wind, said: “We have made significant progress on Čibuk 1, which covers an area of 37 square kilometres, most notably with the recent energisation of the substation to the existing transmission system. We are on schedule to have the wind farm operational next year as planned.”

“We are delivering this project to the highest standards,” he added. “Čibuk 1 is a prime example of how Masdar, together with Taaleri and DEG, is advancing the development of commercially viable solutions in renewable energy around the world backed by our extensive technical expertise and experience.”

The power purchase agreement (PPA) for Čibuk 1 was signed in October 2016. Serbia has pledged to produce 27 per cent of its domestic power needs from renewable energy sources by 2020, reducing the country’s dependence on coal-fired power generation in line with European Union regulations.

Masdar is a leading developer and operator of utility-scale, grid-tied projects; small-scale applications providing energy access to communities away from the electricity grid; and carbon abatement projects. Masdar’s renewable energy projects are located in the UAE, Jordan, Egypt, Morocco, Mauritania, the UK, Spain, Serbia and Montenegro. 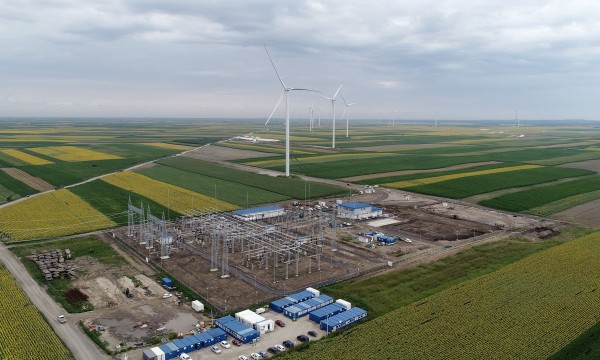